At Denver Pain and Performance Solutions, we often treat clients who come in with a diagnosis of fibromyalgia.  Doctors will diagnose a person with fibromyalgia if they exhibit the following symptoms:

• Widespread pain. The pain associated with fibromyalgia often is described as a constant dull ache that has lasted for at least three months. To be considered widespread, the pain must occur on both sides of your body and above and below your waist.

• Fatigue. People with fibromyalgia often awaken tired, even though they report sleeping for long periods of time. Sleep is often disrupted by pain, and many patients with fibromyalgia have other sleep disorders, such as restless legs syndrome and sleep apnea.

• Other problems. Many people who have fibromyalgia also may experience depression, headaches, digestive difficulties, and pain or cramping in the lower abdomen.

Women tend to present more often than men with this diagnosis, and its etiology is unknown, although some researchers have found that infections, poor diet or gastrointestinal issues, and physical and emotional trauma resulting in PTSD are associated with this cluster of symptoms.

Researchers also believe excessive stimulation of neurological receptors causes the brains of people with fibromyalgia to change, increasing levels of certain chemicals in the brain that signal pain (neurotransmitters). In addition, the brain’s pain receptors seem to develop a sort of memory of the pain and become more sensitive, meaning they can overreact to pain signals.

Proprioceptive Deep Tendon Reflex® is one of the manual therapy techniques that practitioners at DPPS use to help people who have been diagnosed with fibromyalgia.  The symptoms of fibromyalgia are treated by finding and treating all of the nerve endings, or receptors, that are sending this aberrant information to the brain, resulting in painful sensations in the body.  We also evaluate any possible dietary problems, sleep issues, or emotional trauma that may be contributing to the symptoms, and work with the client to resolve all of these as well.

Fibromyalgia does not have be a diagnosis that prevents you from participating in the activities that you love.  It is exceptionally rare that we cannot find a neurological explanation for otherwise confounding and persistent symptoms. If this pertains to you, please contact us immediately for a free consultation. 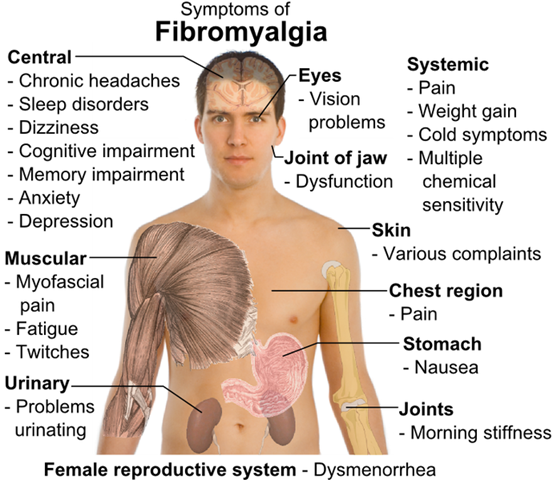