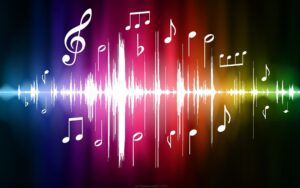 Overuse injuries are one of the most common sources of pain for both competitive athletes and the general population. They are almost exclusively thought of in terms of soft tissue: a pitcher who strains an elbow ligament throwing too often, a runner who develops patellar tendinitis, or an office worker who gets carpal tunnel syndrome from using a computer everyday. However, “overuse” isn’t just a term that applies to tissues; our sensory receptors can also be overused, leading to pain and performance loss.

Today, we treated a client who has been complaining about head and neck pain. She is a musician who plays in a local symphony. Previously, she had noted that the symptoms were exacerbated when she played, so much so that she had demoted herself in order to avoid having to play the more challenging parts for her instrument. So we had her bring in her instrument for today’s session in order to determine if it was triggering problems.

Sure enough, we found three specific notes that, when played, triggered dysfunctions in the vibration sensors around the lips and mouth specific to those frequencies. Each “broken” vibration sensor was causing certain tissues in the head and neck to tighten as a compensatory measure, leading to tension and headaches. How did those sensors become a problem? Overuse. It wasn’t a single traumatic incident, but rather chronic stress on those sensors that caused them to eventually short circuit. Resetting those receptors with PDTR created an immediate softening of the tissues in her head and neck.

What sort of chronic stress are you placing on your body; not just on the tissues, but on the variety of sensors responsible for telling the brain about the world around it? Could even the seemingly innocuous small stressors of your favorite pastime be the unknown cause of your chronic pain? We can help you find the answer!